Microsoft for Nonprofits: What Happened? 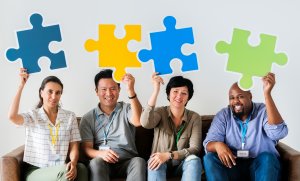 What’s going on with Microsoft and their direction with nonprofits? I’ve talked with several non-profit customers who heard about changes to Microsoft’s charity pricing program but remain confused. The link to Microsoft’s post about these changes is here. Below I will address some of the most relevant points in the announcement. My key takeaway: Microsoft is moving its charity pricing program into its mainstream go-to-market processes. And thank goodness for that!

With this announcement, Microsoft has:

Microsoft has (thankfully!) settled on a standard pricing model. They are setting non-profit pricing at a 60%-75% discount from retail prices. Compare this to the situation early on, where you couldn’t understand the logic of what was or wasn’t available and at what price.

With this standardization, Microsoft has raised prices on some subscriptions that had been more heavily discounted. Two important price increases are here.

The most popular non-profit subscription–Office 365 Enterprise E3—remains unchanged: $4.50 per user per month.

The Number of Non-Profit Plans is Way Up

And remember that non-profits can also get a “donation” of Azure consumption credits. As a non-profit, you can get up to $5,000 per year. You do have to reapply each year, but this is a good way to put more of your applications in the cloud.

We used to get frustrated in the early days of non-profit pricing, because our non-profit customers could only purchase other non-profit subscriptions. Even though these customers were willing to pay full price for other plans, they didn’t have a way to do so.

That’s no longer the case. Now, non-profit customers can order from all parts of the menu.

Microsoft has been tinkering with the ways that it wants to engage with cloud services customers. It has automated the aspects that can be automated, such as license acquisition and subscription management. But, despite Microsoft’s size, they cannot similarly scale their customer engagement model.

Until just recently, Microsoft for nonprofits only supported an “Advisor” billing model for non-profit service subscriptions. Under this model, the non-profit has a direct billing relationship with Microsoft; the partner is considered a “subscription advisor.” Microsoft likely took this billing approach because most every aspect of the process of qualifying for and obtaining a non-profit subscription was subject to manual intervention. Although the process works, it really isn’t scalable. Microsoft wants to know that its customers get the attention they deserve. And the only way they can achieve that goal at scale is to make sure there’s a Microsoft partner engaged with the customer.

Partners have been asking Microsoft for some time to allow for direct billing of non-profit customers. This arrangement has been in place for some time when it comes to partners and for-profit customers. Having a direct billing relationship provides the partner with a financial incentive to make sure the customer is happy. It also gives the partner another opportunity to check in with the customer and make sure everything is going well.

With the maturing of the process for qualifying organizations to obtain non-profit pricing, Microsoft recently answered these partner requests by making non-profit subscriptions available under its “Cloud Solution Provider” (aka “CSP”) billing model. In this model, the partner (such as CGNET) purchases non-profit licenses from Microsoft and sells them to the non-profit customer. There’s no price arbitrage because the non-profit prices are set by Microsoft and are publicly available. And partners are free to bundle cloud service subscriptions with other services they offer, such as implementation and support.

What does a non-profit customer get out of this new arrangement?

First, let’s discuss what they don’t get: a lower price. In theory, a partner can charge whatever price for the cloud service subscription they want. But the reality is that

The biggest benefit of this new billing approach is that partners can directly engage with Microsoft on behalf of their customers. This is something we do all the time. And this engagement takes a number of forms.

Is This the Beginning of the End for Non-Profit Pricing?

I’ve had customers ask me if this announcement by Microsoft represents a step toward eliminating special non-profit pricing.

Competition among Microsoft, Google, Amazon, Oracle and others will prevent anyone from ending their non-profit pricing offers. Any company that gets rid of its non-profit pricing is going to see its customers raided by its competitors, who will swoop in with their own plans. So long as there’s competition in this space (which seems very likely) I don’t see non-profit pricing being affected by Microsoft’s announcement.

What I DO expect to see is the eventual deprecation of the “Advisor” billing model. Microsoft is not forcing anyone to change right now; customers can keep their billing arrangements as they are. But Microsoft is hoping non-profits will transition to this new CSP billing model. Microsoft is counting on partners to create attractive service/subscription bundles that will incent non-profit customers to make the switch. Eventually, Microsoft will be able to retire the “Advisor” model.

To recap, Microsoft has

Seems like there’s plenty of benefit for customers there.