How Secure Is Your Attack Surface? 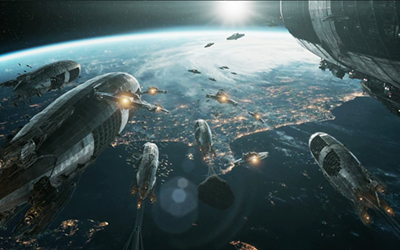 Recently, CGNET has begun to offer attack surface assessments in addition to internal and external penetration testing. I thought I’d tell you why.

Conventional penetration tests, such as Nessus or QualysGuard, do a terrific job of detecting vulnerabilities on servers. Regular use of these tools has become a best practice, with good reason.

Unfortunately, in the same way that rust never sleeps, malicious actors are constantly looking for new ways to get into your systems. Now that hacking has become big business, malicious researchers have plenty of resources to devote to discovering new methods.

What Is an Attack Surface?

For example, a recent assessment we did with our partners Hacker Target revealed several interesting items we would not otherwise have encountered. One was an old website that the client had previously used. While no domain name pointed to it, it was still on the internet. It was using a now very old version of a content management system, which meant it was full of unpatched vulnerabilities.

It’s possible to argue that an old site isn’t important but think what could be there. There could be old username/password combinations that were reused in the new site. There could be old data that had not been removed but which was still revealing. Possibly, there might be email addresses listed in plain text. A diligent hacker could find out many things to apply to the new website and the broader organization.

We might have caught this using nmap, but it’s easy to simply assume that the client knows the IP addresses of all the endpoints exposed to the internet. Better to check.

Who Has Your Email Address?

Speaking of email addresses, this is another area where some additional research, such as that in an attack surface assessment, can help. A great number of email addresses have been captured by malicious hackers in previous adventures. These are often listed in databases and other places on the dark web. Sites like haveibeenpwned.com and others keep track of some of the emails that have been harvested. Other sites do as well.

A good attack surface assessment will identify which of your email addresses are available to malicious hackers.

Another thing the assessment found was that the website’s application firewall could be bypassed by working from discovered endpoints.
I could go on, but this is becoming too long. Suffice to say that there are several more interesting things attack surface assessments turn up that a traditional penetration test may not find. Do some internet research about it. You may have found a new security tool.