Is Microsoft Non-Profit Pricing in Jeopardy? 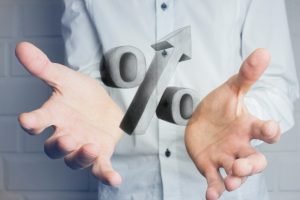 Before I take out my crystal ball and answer that question, let me provide some context. I’ll talk about Microsoft because we are a channel partner and have more knowledge about them compared to Google. Let me also add that I have no “inside” knowledge of Microsoft’s decision-making.

We don’t serve academic or government organizations, so I can’t speak to what non-profit pricing those groups receive. And (at least in the case of government customers) Microsoft tailors its cloud services to meet unique regulatory requirements for each group. (As an example, we have a Canadian customer that had to wait until Microsoft opened a data center in Canada before they could move to Office 365. This was because this organization had a requirement that its data be hosted in countries that were signatories to a specific agreement.) So, Microsoft’s customer segmentation has product/service reasons as well as pricing motivations.

Could Microsoft Non-Profit Pricing Go Away?

Keep in mind that, as with many aspects of Microsoft’s cloud services, Microsoft was setting pricing on a subscription-by-subscription basis. The discount for Project Online was different than the one for SharePoint Online. Enterprise and Business subscriptions had different discounts. So, I wasn’t surprised to see Microsoft eventually look to standardize its non-profit pricing.

Do I think Microsoft non-profit pricing is going to go away? No.

As an economics geek, I look first to supply and demand conditions. There’s certainly a demand for non-profit pricing. And there’s no shortage of supply. Google, Amazon, Adobe, Salesforce, Slack and others all offer products/services that compete with equivalent Microsoft services. If Microsoft eliminated non-profit pricing, I would expect one or more of these competitors to come knocking with their own discounted pricing. (I wonder if CERN considered Google or other alternatives before settling on an open source solution.)

Yes, there’s some work involved in moving from Microsoft to Google. But it’s not impossible to do. Those that worry about “vendor lock-in” perhaps haven’t fully considered the alternatives that they have.

The world has changed a lot since the days when Microsoft held and exercised monopoly power in areas like operating systems and web browsers. There’s no going back to those days, which is a good thing for all of us.