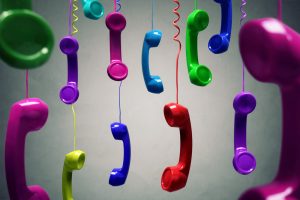 I’ve had some conversations with customers that has me reconsidering Teams Phone System adoption. The TL:DR version? You’re doing it wrong. And it’s my fault, because the way I told you is wrong.

The Time-Tested Method for Running a Technology Pilot

Here’s how we’ve all been trained to roll out a new technology.

If you just want to do some testing during the Teams Phone System pilot, this approach works great. You set up a new phone number, use it to make some calls out the PSTN (hello, caterer!), and have some folks call you on your new number.

The Problem Handling Teams Phone System Adoption Like Other Rollouts

But no one will want to use their new-but-temporary pilot phone number. The pilot dies a slow death from lack of use, and you put the phone system decision on the shelf for the next budget year.

Can you imagine sending out this message?

Hi, this is Dan. We’re testing out a new phone system, so for the next six weeks don’t call me on my regular number (although it will still work). Instead, call me on this other number. Be sure to update my information in the six places where my contact is stored in your organization! Oh, and after six weeks make sure you update my information again with my new (but actually old) phone number.

Ditch the Pilot and Go for a Controlled Introduction

We know that people have a great attachment to their phone numbers. How do we facilitate Teams Phone System adoption in this case? Let’s skip the pilot process and go for a controlled introduction of Teams Phone System. How would that work?

Why a Controlled Introduction Will Work

Why does this Teams Phone System adoption approach work? Because users get to just do their work. They aren’t being asked to play in some pilot “sandbox” that’s safe but irrelevant to their daily lives.

Except for the cupcakes. Be sure to buy those!