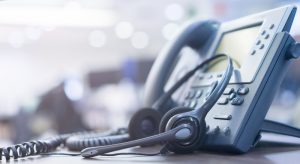 Phone System Update: To Port or Not to Port Numbers

The first Phone System update concerns an implementation choice. I recently suggested that you need to port users’ phone numbers before you start a Phone System pilot. (“Port” means transferring your current phone number to your new phone system. It’s like what happens with you get a new mobile phone.) As I wrote that, I remembered our method for handling complex Office 365 email migrations. We would set up forwarding rules so that all the users would appear to be on the same email service, even though some were still on the old email service. I wondered if the same technique could be used in a Phone System implementation.

Sure enough, I heard back from one of our customers, a large Non-Governmental Organization. The IT Director there told me that his team used this approach when they migrated to Microsoft’s Phone System. The team assigned new phone numbers to users, then set up forwarding rules on their old PBX, so that calls to a user’s prior 4-digit extension would be forwarded to the new phone number. What’s more, users were already used to dialing by name (they were previously big Skype users) so people weren’t really slowed down by new phone numbers.

The IT Director also related that he was able to examine Phone System usage reports and remove the National or International Calling Plan subscription for users that never made outbound calls. That was a nice cost saving! It points out the new way we need to think about phone systems: calling options can be tailored per user.

Phone System Update: To Phone or Not to Phone

Another insight from the IT Director had to do with users’ choice of telephone. When given a choice between a new telephone set or a Teams-compatible computer headset, most users opted for the headset. And a lot of those users that had chosen the telephone set converted to a headset after some time.

We’ve heard this from other customers as well. Yes, there will be users that prefer the familiarity of a telephone instrument. And there will be some users that have features (e.g., multiple line appearances) that might be better served with a telephone set. But, as we’ve all become more accustomed to interacting through applications, we’ve gotten used to the idea that we could dial a call using a keypad on our computer screen.

Everyone in the Pools

On to another Phone System update. Microsoft will shortly make available a PSTN Minute Pools Report. You can use this report to track how many pooled minutes have been used. You would typically set up a pool of minutes for audio conferencing. The report can break out used vs. unused minutes, usage by location and who has used what minutes.

Phone System already supports the ability to call an emergency dispatch center (911 in the United States). The current usage routes the call to a national dispatch center, which looks up your location and transfers the call to the appropriate Public Safety Answering Point (PSAP).

There’s a new Phone System update being released, Dynamic Emergency Calling for Calling Plans. With this feature update, you can set up the association such that an emergency call will be automatically routed to the appropriate PSAP. Note that this feature is only available for US customers.

The last Phone System update I’ll share is this. Phone System will now support setup of a connected device as a Secondary Ringer. This means that when a user receives an incoming call, ringing will be applied to both the primary and a secondary device. This can come in handy if your primary device is a headset and you’re listening to music or a video when a call comes in. Some headsets will automatically mute when this happens, but not all of them do. Having a secondary ringer means you’ll be able to be alerted to the incoming call.

Oh, one other Phone System update: you’ll soon be able to play music for a caller when you put them on hold. This seems like one of those features that should have been included long before now.

It’s nice to see the continued flow of updates and improvements to Microsoft’s Phone System. Certainly, bringing voice communications into the same Teams environment as other tools makes for a streamlined collaboration experience for users.