Teams Features to Love (or Not) 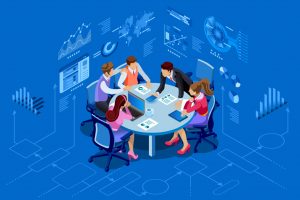 Microsoft is rolling out a couple of new Teams features.

(There’s another feature rolling out, having to do with configuring lobby support. But I’m not covering that here.)

Let’s talk about what these Teams features do. After that, I’ll share my opinion.

Advanced Threat Protection (ATP) is a great security service for Office 365 users. One of ATP’s components, Safe Links, tests a link (URL) when a user clicks on it in an email message. If the link is safe (not a malware or phishing site, for instance), Safe Links allows the link to load in the user’s browser. However, if the link is known or suspected to be malicious, the user is redirected to a page explaining that navigation to that site has been blocked for safety reasons.

Note that you must have an Office 365 E5 or Advanced Threat Protection P1/P2 license to use this feature. It should be rolling out to customers now.

Customers love this feature. We all know how easy it is to click on a link before you’ve thought about the wisdom of that act. Safe Links helps keep users (and networks) safe. Since suspicious links can show up in other places besides email, it’s great to extend Safe Links support beyond email to these other locations.

Let’s start with the Teams feature I like: ATP Safe Links. Why? Because users are susceptible to clicking on suspicious links anywhere. It makes sense, then, to extend Safe Links protection to as many URL sources as possible.

In fact, I’d argue that protecting links in Teams can have a greater benefit than email. One of the emotional triggers that the makers of suspicious links use is called social proof. More here on what that is.

Put simply. You’re more likely to follow the recommendation of someone you know than someone you don’t. You might not click on a link in an email, if the sender isn’t someone you know. But with Teams, it’s much more likely that you will know the person that posted the link. This increases the chance that you’ll click on the link. (How would the suspicious link get into a Teams post? I’m not sure, but it could happen if someone posted an article or message that contained the link.)

Because seeing a link in a Teams context might seem safer to the user, it’s possible that more users might be inclined to click on the link than if the link came to them in an email. So extending Safe Links to Teams makes it more valuable. That’s why I like this Teams feature.

What’s Not to Like—Moderation in Teams

I don’t like the Moderation in Teams feature as much. It’s not that I’m against being able to moderate a Teams channel. It’s just that if your Team is so large that you don’t know all the Teams members and need moderation, I question whether you should be using Teams in the first place.

I’ve written before about understanding the overlapping (and sometimes confusing) Microsoft offerings for collaboration. For me, Teams works best with small groups. Most of our Teams have less than six members. With teams of this size, we know all the members. It’s easy to take corrective action if a member violates the shared values of the team.

And I should add that most of our teams are ad hoc project teams. We put a team together for a given consulting project (sometimes including customer representatives). When the project is completed, we archive the content and bury the Team.

But there is another kind of team—the function, department or group. Think of Accounting, or Grants Management, or Logistics and Supply Chain. These are long-lived teams. And, if the organization is large, it’s likely that not everyone in the team knows everyone else. Moderating posts in a team of this kind makes sense.

I would argue, however, that a large team like this is better served using Yammer. Moderation is already built in. And there are lots of other supports for discovering who can do what in the team. So, my objection to Moderation in Teams is not about moderation per se. It’s about trying to make Teams extend to support very large groups, like Yammer does today.

Perhaps Microsoft is trying to extend Teams to cover the Yammer use cases, just as they have done with Teams and Skype for Business. This makes sense if Teams and Yammer are ultimately the same service. I’m just not sure that’s the case.